First Sergeant (ret) Daniel L. Wallace joined the Army as an infantryman and attended one stop training to include basic airborne school at Ft. Benning Georgia in 1985.

Mr. Wallace holds an Associate Degree in Sociology and a Bachelor’s Degree in Psychology. He is a graduate of the Primary, Basic, and Advanced Non-Commissioned Officer Courses, and The U.S. Army Instructor Trainers Course. Other courses include the Infantry basic course, Basic Airborne, Jump Master, Ranger, Pathfinder, Air Assault, and Sniper.

Mr. Wallace was wounded by a suicide car bomb attack in Tel Al Far Iraq on Dec 9th 2003 after multiple surgeries he retired in Dec 2005 with over 20 years of service. He currently volunteers as a peer mentor for fellow veterans and has been an active member of the Blinded Veterans Association for 7 years. During his time with the BVA he has served as the National Sergeant at Arms, the National Treasurer and he has chaired numerous committees. Mr. Wallace has made many trips to Capital Hill to advocate for vision research and fight for the rights for his fellow Blinded Veterans. He has many military awards including; Purple Heart, Bronze Star, Meritorious Service Medal (3 Oak Leaf Cluster’s), Army Commendation Medal (3 Oak Leaf Cluster’s), and several others. 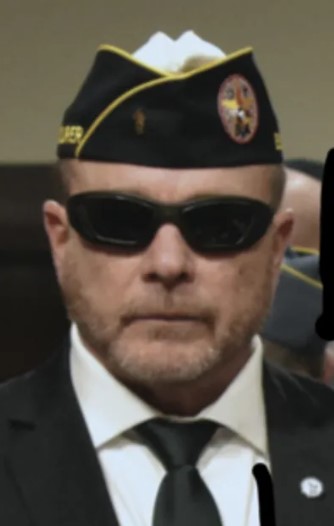