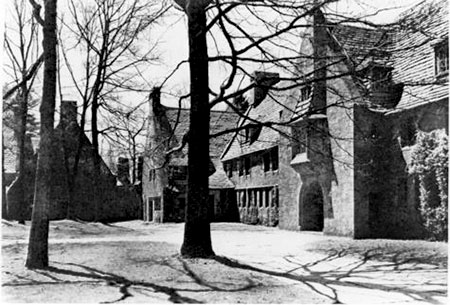 BVA traces its roots back to the end of World War II. The organization’s founders consisted of some 100 young men, mostly in their early 20s. Members of this unique group had recently lost their sight in the war and were recovering from their injuries at Avon Old Farms Army Convalescent Hospital near Avon, Connecticut.

On March 28, 1945, the group held a meeting at the facility with the express purpose of forming an organization to help their fellow blinded veterans. Thirteen years later, BVA was chartered by the U.S. Congress to speak and write on behalf of blinded veterans in national legislative affairs. Ever since, BVA officers and staff have worked tirelessly to fulfill the Association’s mission and uphold the ideals expressed in its Congressional charter.

Throughout BVA’s history, Congress and the now Department of Veterans Affairs (formerly the Veterans Administration) have recognized BVA as the exclusive voice for blinded veterans nationwide. 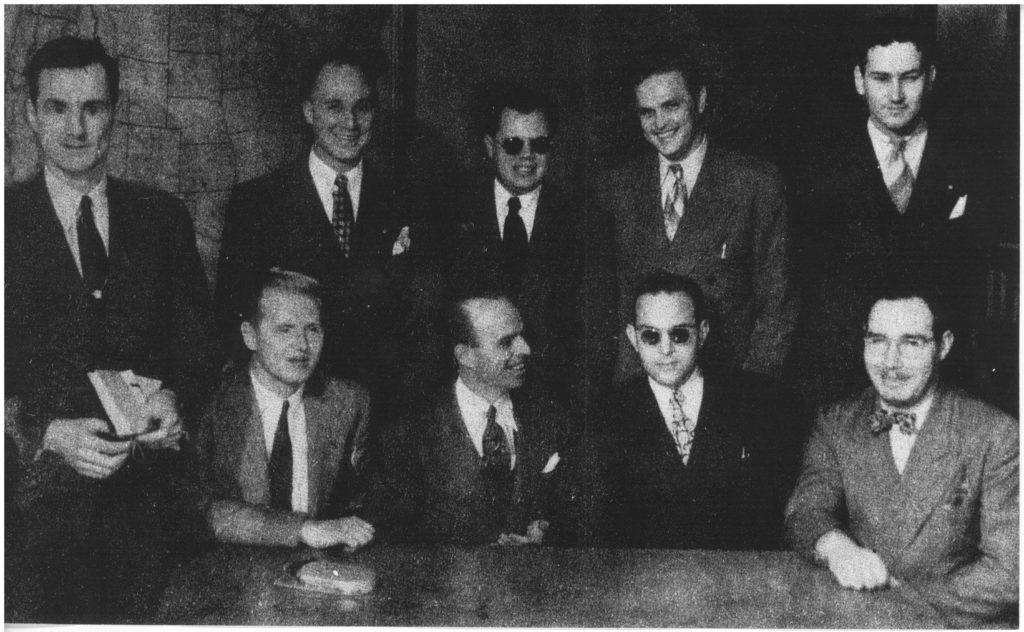 On August 27, 1958, President Dwight D. Eisenhower signed into law an Act of the 85th Congress that formally codified into law Blinded Veterans Association status as Congressionally Chartered, adding to BVA’s prestige and enabling BVA to secure state funds for veterans’ service work that were only available to Congressionally chartered organizations.

Representative T.A. Thompson of Louisiana originally introduced the Bill to incorporate BVA on June 21, 1957. “The worthy efforts of the membership of the Blinded Veterans Association deserve no less than recognition by the Congress of the United States,” he stated.

The Bill was passed by the House of Representatives on August 4, 1958 and approved by the Senate on August 18. Much of the credit for BVA’s success in achieving the charter status belongs to Irvin P. Schloss and Melvin J. Maas. Able assistance also came from William W. Thompson, who had just previously been appointed National Executive Director; Carleton F. Steep, then Secretary of the District of Columbia Regional Group; Kathern F. Gruber of BVA’s National Advisory Committee; and John E. Mattingly, Past National President. The newly elected National President at the time was Robert A. Bottenberg.

The Act of Congress making possible the charter listed by name and city some 164 members of BVA, and is worded in such a way as to include all others who were members in good standing on the date of enactment, thus making the entire Association a “body corporate” in the eyes of the law.

A piece in the September-October 1958 BVA Bulletin summarized as follows both the privileges as well as the responsibilities resulting from the charter: “There is no question but what it also provides recognition by all of the States and gives BVA increased stature with other organizations. However, the Act is quite plain in stating that BVA shall be non-political in nature and cannot support any political party or candidate for public office. It can raise funds, hold property, pay salaries to its employees, and reimburse the expenses incurred by employees and elected officers. The charter further empowers BVA to contribute to the aid of those blinded as a result of service in the Armed Forces of the United States, and their widows and children. A report of the financial condition of BVA was to be made to Congress by March 1 of each year thereafter.”

Minor revisions to the Charter have been approved by Congress from time to time including removing the requirement for an annual report to Congress.

General—Except as otherwise provided, the financial statements of each corporation in part B of this subtitle shall be audited annually in accordance with generally accepted auditing standards by an independent certified public accountant or independent licensed public accountant, certified or licensed by a regulatory authority of a State or other political subdivision of the United States.

Have you opened a new location, redesigned your shop, or added a new product or service? Don’t keep it to yourself, let folks know.